We’re all in the same boat here indeed.

From what i experience is that Denon Engine finds a way to mess it up once again.
Lexicon exports to rekordbox / traktor / serato seemed to work ok enough (some minor details but from what i read on the forum @Christiaan is on the case) and Engine too untill a couple of upgrades ago…

Just had this problem (or very similar) happen. Every track jumped to SPEED -100 causing the BPM to be on 0 and the waveform way way stretched.
Then I tried to recreate it but I couldn’t… Super weird. Still on it though!

Crazy. I don’t think my speed is being affected but I’ll verify on the next export from Lexicon to Engine. Thank you, Christian!

I fixed the bug I mentioned before. I’m not 100% sure it is the same bug as the 120 BPM bug but it is very similar. Next update has the fix, let’s hope it’s gone then.

@Christiaan "Then after that, you can run the quantize cues recipe to put all your cues exactly on the beatgrid. Not a perfect fix since these are auto generated beatgrids and the ones you maybe added by hand, but still much better than broken beatgrids everywhere.

The problem is more that the grid is off now…
but the made cue markers are still on point… (this is actually a big positive!)

The fact that the made markers are still on the right places… can’t it be a guideline for a function in lexicon?

the function to align the beatgrid on made cue points…
For example:

should i open a feature request for this?

i took the liberty to make a feature request:
https://discuss.lexicondj.com/t/recipe-that-fixates-quantises-grid-onto-allready-existing-cue-markers

Imo an idea to brainstorm on tbh.

I did a analyse session with previous lexicon & synced up to engine library: 120 issue came up

I did a analyse session with new lexicon & synced up to engine library: no 120 issue… so that’s a big one imo!!

Great to hear! Let’s hope that’s the same for everyone

I’ll report back on next update

@Christiaan - Sorry it took so long but sadly reporting the problem still exists with the latest update. Here are screenshots that illustrate the tracks’ original BPM, the alteration to 120 BPM, and the speed at 0. Hope this helps! I’ll keep an eye our for updates

Here is a link to my engine database:Engine Library – Google Drive 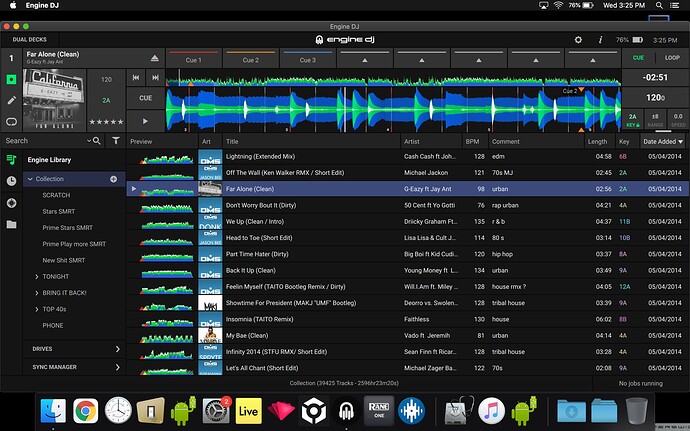 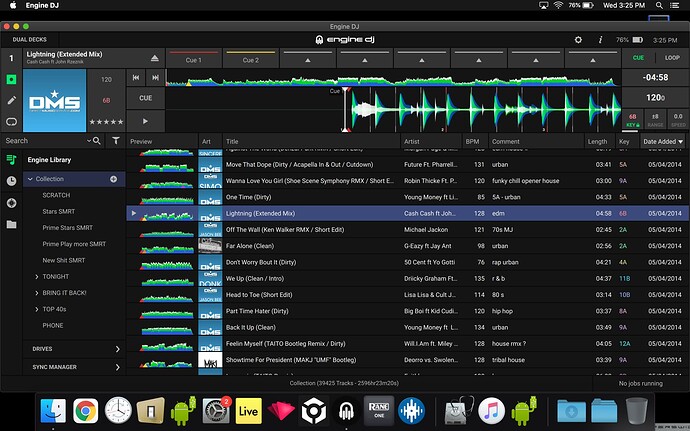 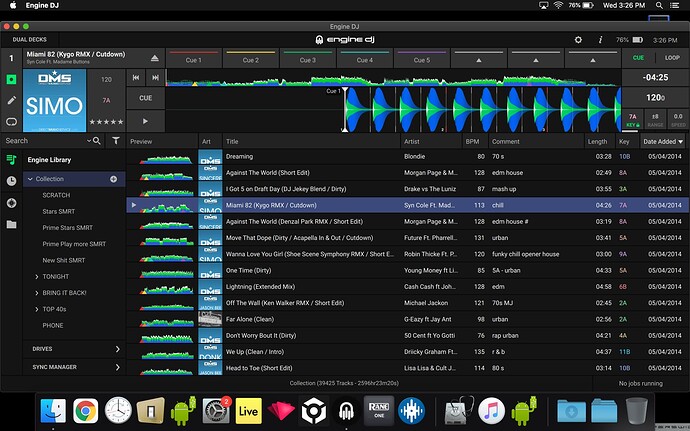 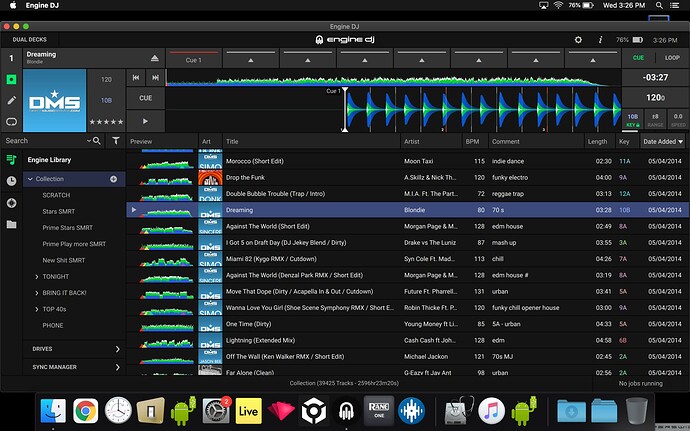 I’ll put it back on the todo list but I am kind of out of ideas. Maybe I’ll randomly see it during testing

Thank you. I would love to purchase the tool when it’s finished and works as intended.

Re-Synced from engine to lexicon.
Re-analysed in Lexicon
Re-synced from Lexicon to engine

(but i work on windows… maybe there is a small glitch for Mac?)

Nice! When you export from lexicon, are you exporting the whole database or “only new tracks and playlists”

Nice! When you export from lexicon, are you exporting the whole database or “only new tracks and playlists”

Well earlier when that 120bpm issue occured … i did a whole check up with:

=> Besides finding out every track has the correct bpm, it’s pretty do-able to correctly fix your database again (especially because of step 5 you’re pretty sure it will be perfectly on point!)

PS: admitted Cue’s totally on the beginning of the track (read: just before the timeline) tend to fall off… but with the simple CUE button on the gear you’ll assign it in no time when playing live. (later on you can refresh those edits again it to Engine when you connect your external device you use in your Prime gear to your computer again…) (=> I mostly refresh from my stick to Engine database (as those newly made edits are the way to go on the spot) after that i redo the whole process again and it works perfectly)

PS2: This is on a windows based system, i really do not know if the mac procedure works or not…

Ok cool, thank you. I tried deleting the Lesicon database with no results. It might be a mac issue. I am not importing from Engine though. I am importing from Serato, which might be a contributing factor. Serato beat grids nicely and I don’t want to risk losing any Serato data. I simply want this tool to shit out my serato library into the Engine format. Hopefully it works in the future. I understand this is beta and am looking forward to it working on release.

ok i finaly have my hands on a Serato pro!

Testing as we type, keeping you posted.
For now it works perfectly tbh

Nice. Yeah not sure. I’m still having issues on my second sync and there after. I have a large library of 500 gigs. Not sure if that makes a difference.

Thats perfect… ill try again in a week or so.