Normal songs on software but red on hardware

Hello there. I hope everyone is doing well.
So, after syncing the full library from Lexicon to Engine there are some songs in the library that at the software (Engine) seem normal but at the Hardware (Prime 2) are red and not possible to play. I know for a fact that there is something weird in Engine where some files with special characters are not able to play and turn red and this might be the issue here. My actual question here is: Is there a way that Lexicon somehow can find these songs/files and give a way of correcting the characters in the filename not the metadata but the actual filename? Is there a sort of smart scanning that can do that? Or even just to find these songs and then we can do the correction by hand at least? Thanks in advance!

There’s no scan that can fix that but it is something I can look to improve.

Can you show me a screenshot of the full location of one of those red tracks?

Hey, yes, this is something that needs to improve and will be very helpful. I found that it does this not only with songs with weird characters but also with songs where the filename is normal. I’m not sure if a screenshot can help because in the engine everything seems ok, only in the prime unit you can see the red songs.

Ok, so now I’m sending you a screenshot from the engine and from the lexicon and also a puncture from the prime 2 of the same playlist and the same song as an example… many other songs in the playlists have the same issue. Thanks 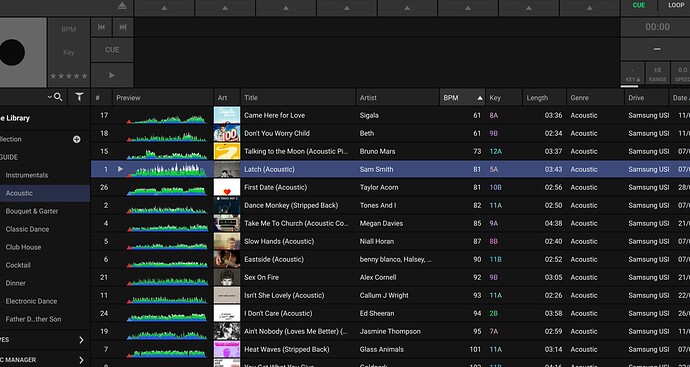 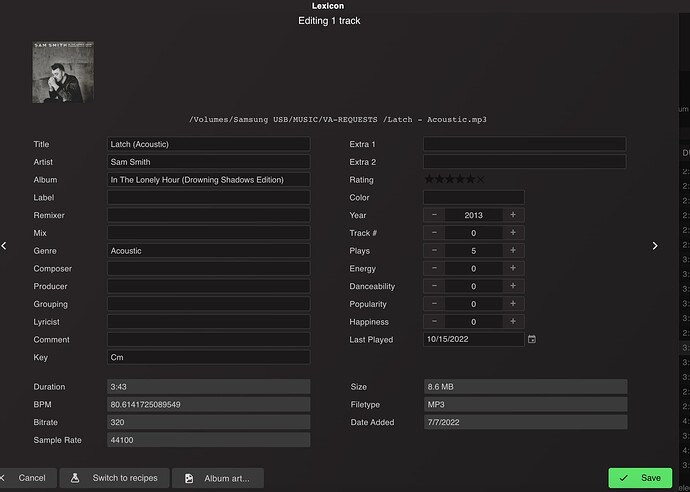 What stands out to me is that there is a space behind the VA-REQUESTS folder. Should not be an easy in Lexicon but might have something to do with the Prime having the track as red.
Is there something similar happening to the other tracks?

Your observation is very correct. I quickly looked at two more songs and they also have a space after the name. I will look for the rest to make sure but it does it in many more songs. the strange thing is that the real file name has no empty space after the name as I show you in the screenshot… only after going through the lexicon does the issue appear and that’s why I’m contacting you for help. thanks 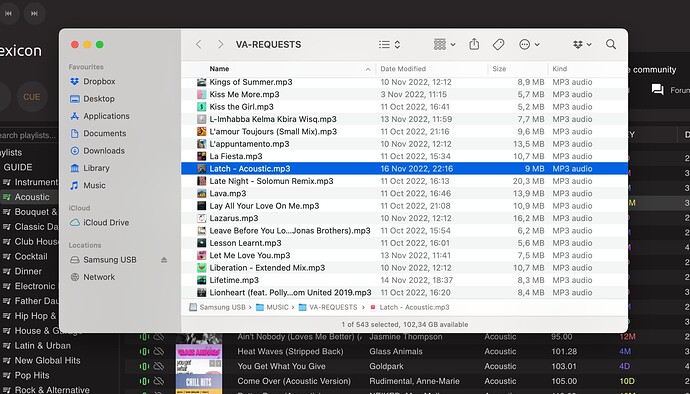 Try renaming the VA-REQUESTS folder so the trailing space is gone.

Then restart Lexicon and you’ll notice that those tracks are then missing. Go into the Find Lost Files utility (top menu bar) and enter this:

Notice the extra space only on the left side.

Confirm and your tracks should not be missing in Lexicon anymore. Then sync to Engine again.

Hello. I tried this and it works. Also, I found that some other “red” tracks were in other folders with the mistaken space after the folder’s name. Basically, the issue was the directory of those tracks in the folders. Then I rename (cut the space) those folders as well and the tracks were found correctly. Now only the tracks with the weird characters need to be renamed and the library will hopefully work great. Thank you so much once again for your help!!! Thumbs up