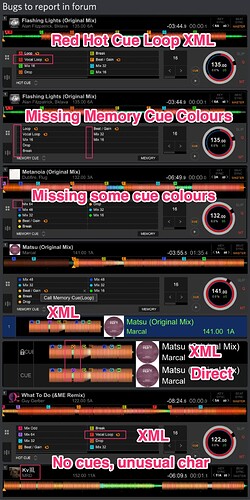 Do you still have the Rekordbox database with duplicated tracks? If so, can you upload it?

Cue colors should be fixed in the next release.
Mytags should also be fixed.