Lexicon version: v0.3.31
Operating system: Mac
Bug description
Video import from VirtualDJ is broken in this version - Lexicon reports that the songs aren’t in the database, but they are (see screenshots below 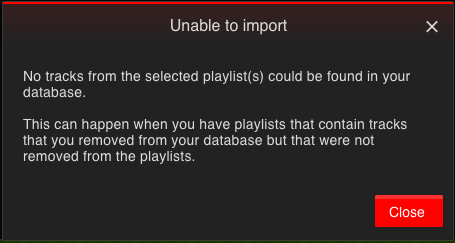 Thanks for the report!

Just gave your database a try but I am seeing the tracks imported: 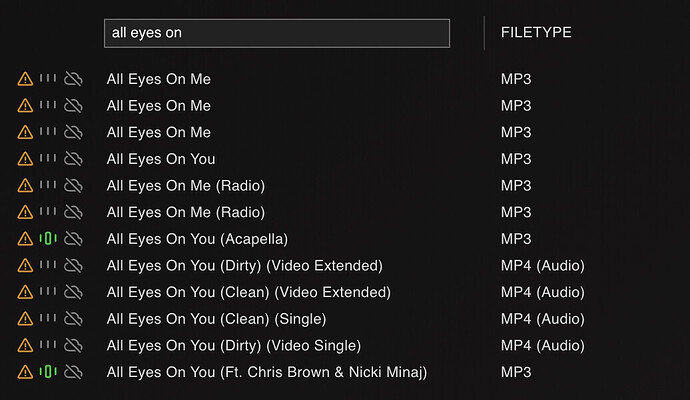 What kind of import did you do?

Playlist import. After it didn’t work, I tried the same playlist import with Rekordbox…that worked but unfortunately, Rekordbox does not read ratings from the tag of mp4 files.

Btw, the import of video ftom VirtualDJ into Lexicon works properly in v0.3.26. It is broken in the way described here in all versions going forward to the current one.

I tried the new version (v0.3.34) with a new set of videos for import from VirtualDJ and it worked. Thank you for you’re time and effort on this.