Engine DJ’s playlists are a mess

Bug description: After syncing Lexicon to Engine DJ, playlists are completely messed up or even empty. I already heard this was the case with Engine DJ 2.2.0, but even after downgrading I had the same problem. As you can see in the screenshots, in the House-department, there’s only one track left and that one doesn’t even belong there. My ’solution’ is to copy an old database from another drive to the drive I used, so I get back to a recent version, but it seems to be impossible to get a Engine DJ- drive with the latest changes in Lexicon.

Step by step to reproduce: Sync Lexicon to Engine DJ after choosing a drive. It doesn’t matter which drive I choose. 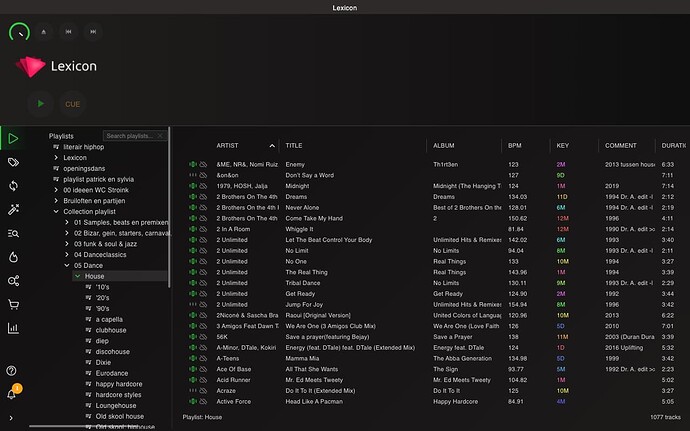 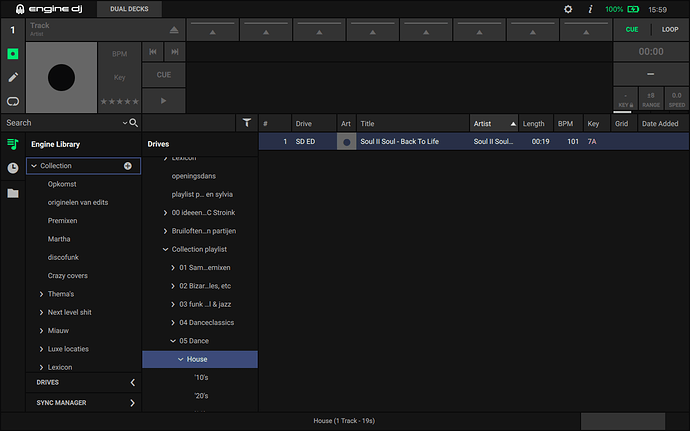 I’m having the same issue. My Bass House sub-crate has every single song in all of the crates (over 500 songs, when the sub-crate itself only has 18 songs), where as the main “Club House” crate is empty.

Thanks! I will investigate this and fix it asap

Thanks Christiaan! I hope it’s solved before next weekend! I’ve got a great gig then. I can work around the problem, but it’s not a smooth way

This is only happening when syncing to a drive? So not to the internal disk?
And have you tried an older Lexicon version, does it work there?

I’m now trying to sync to the internal disk…

To be honest: I don’t know where to find an older version…

Thanks! In the meantime I added some tracks to Engine DJ, on a drive called TBSD… I imported these to Lexicon and made a full sync to a drive called SDED. Only the new tracks appeared in this sync… 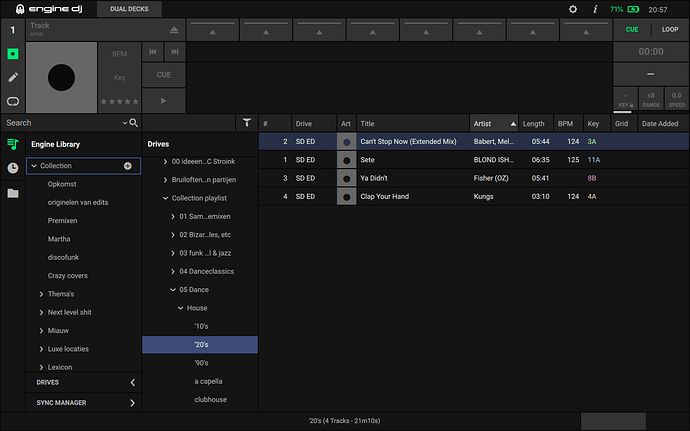 Then copied the database from TBSD and opened Engine DJ again. It gets stranger… Now the tracks that where the only tracks that seemed to be synced, are the tracks that are missing… After this experiment I downloaded 1.1.14 and synced again. Again, only the new tracks appeared, but this time they where doubled… Also: they where not in the right playlist…
![Schermafbeelding 2022-05-15 om 21.18.14|690x431](upload://n9 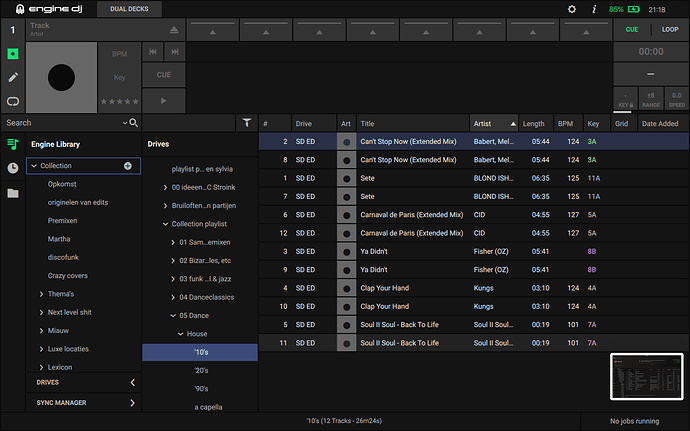 And everytime Soul 2 Soul’s Back to Life seems to appear, although it doesn’t belong in this playlist… Is it an idea to downgrade Engine DJ also and see what happens? 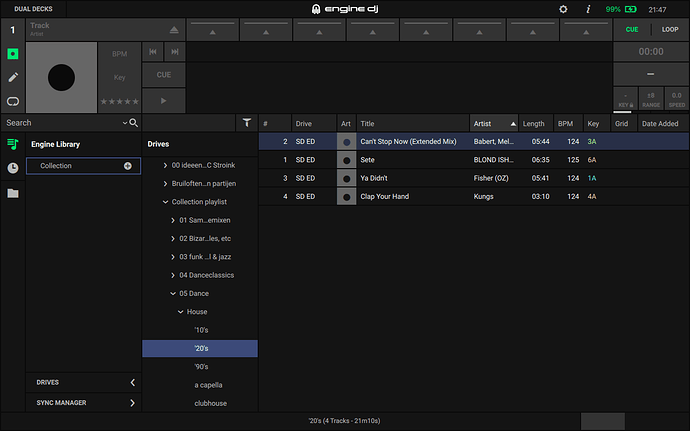 Even removed the Engine DJ-library before downgrading. 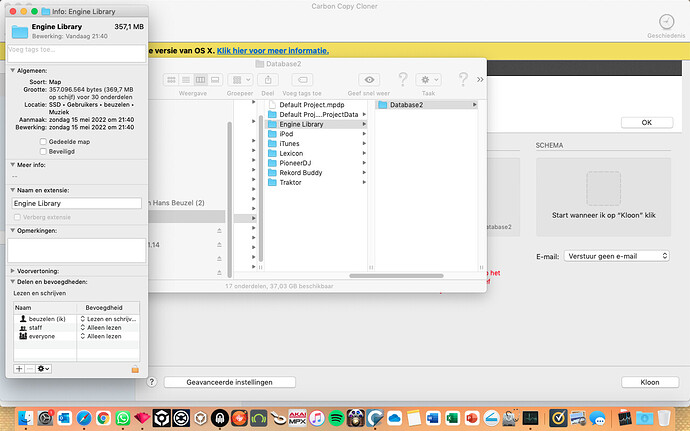 And with a completely empty Engine library? I think you might have moved too many databases around, things get weird then

I will try. you mean the Engine library on the external drive or on the internal?

Both, they are both used by Engine so might conflict with each other

Then this is what you get when you try to sync… 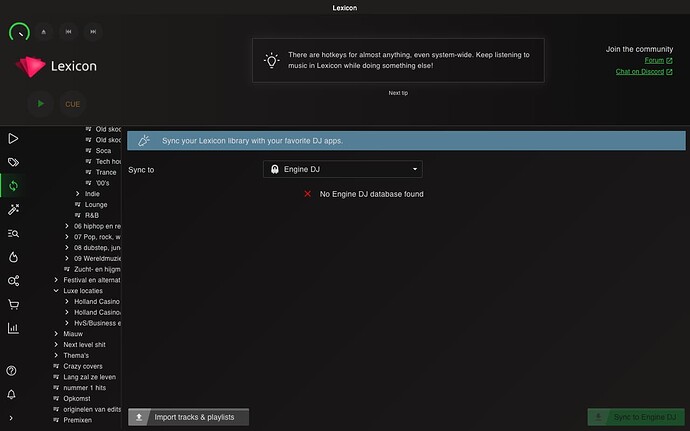 Start Engine once to create the empty database